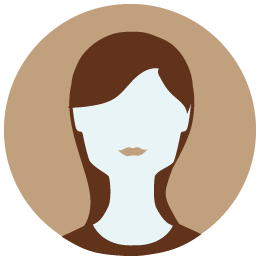 Hello, my name is Vanessa. I would love to use this site to talk to you about vet care practices. When my dog first came home, I had to take her into the vet for a checkup. At this checkup, the vet noticed a medical problem developing and suggested a quick diagnostic test to confirm the findings. After obtaining the confirmation, I authorized the proposed treatment to help my pup recover. My site will cover all types of medical conditions treated by veterinary professionals. I will also share important information about diagnostic tests and treatment options for each medical condition.

Your cat loves to go outdoors and investigate the yard. Unfortunately, this puts them more at risk for getting into something that can poison them. From a dead mouse full of chemicals to spilled antifreeze on the driveway, the world is full of potential toxins to your cat. Here are some of the ways that your cat can become poisoned and the signs to watch for that you need to make an emergency trip to a local animal hospital like Centennial Animal Hospital.

How a Cat Gets Poisoned

There are a variety of ways that your cat can get into something poisonous. It's not always from eating the poison directly.

Eating prey contaminated by a poison - The bodies of rats, mice and gophers retain the poisons used to kill them in their bodies long after they have died. When your cat eats one of these creatures, it can take in a large amount of poison.

Taking in poison when grooming their fur - Cats can rub up against open canisters of pesticide and get it on their fur. When they groom, they consume the poison a little at a time.

Absorbing poison into the skin - If your cat steps into a poisonous substance, their paw pads can absorb dangerous chemicals into the bloodstream.

Breathing in poisons - The pesticide dust used on plants can become airborne, allowing your cat to inhale them into their lungs.

Typical Signs of Poisoning in Your Cat

Poisons can affect one or more systems in your cat's body. Many of the signs can mimic another injury or disease. At the first sign of any of the following symptoms, call the animal hospital for an appointment. If your cat is in distress, don't hesitate to take them to an emergency vet. Some of the poisons have sudden and irreversible effects.

Gastrointestinal symptoms - This includes diarrhea and vomiting. The poison irritates the lining of the stomach and intestines and your cat's body is trying to remove them quickly. Gasoline and motor oil can produce these symptoms.

Neurological symptoms - Chemicals, such as pesticides, are absorbed into the bloodstream and affect the nervous system. These symptoms include seizures, tremors, unsteadiness, depression, and unconsciousness.

Respiratory symptoms - If your cat inhales a chemical, such as a plant fungicide, they can show signs of coughing, sneezing, and labored breathing.

Skin reactions - Some poisons irritate the skin when your cat steps in them or brushes up against them. Lawn fertilizer can cause redness, rashes, and inflammation of the skin.

Liver and kidney failure - Poisons that target these organs, such as antifreeze from the car, can be lethal. Some of the signs of this type of poisoning include vomiting, yellowing skin and gums, excessive drinking, and loss of appetite.